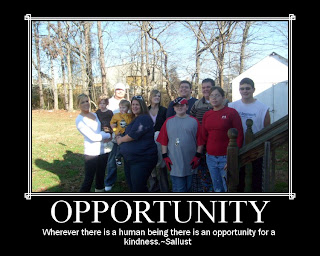 Ashton may have reached 1,000,000 followers first, but I’m spending the weekend looking for the best, brightest and uniquest people that I can follow. Who knows, maybe I’ll be the first person on twitter to FOLLOW 1,000,000 people!

“Wherever there is a human being there is an opportunity for a kindness.”~Sallust